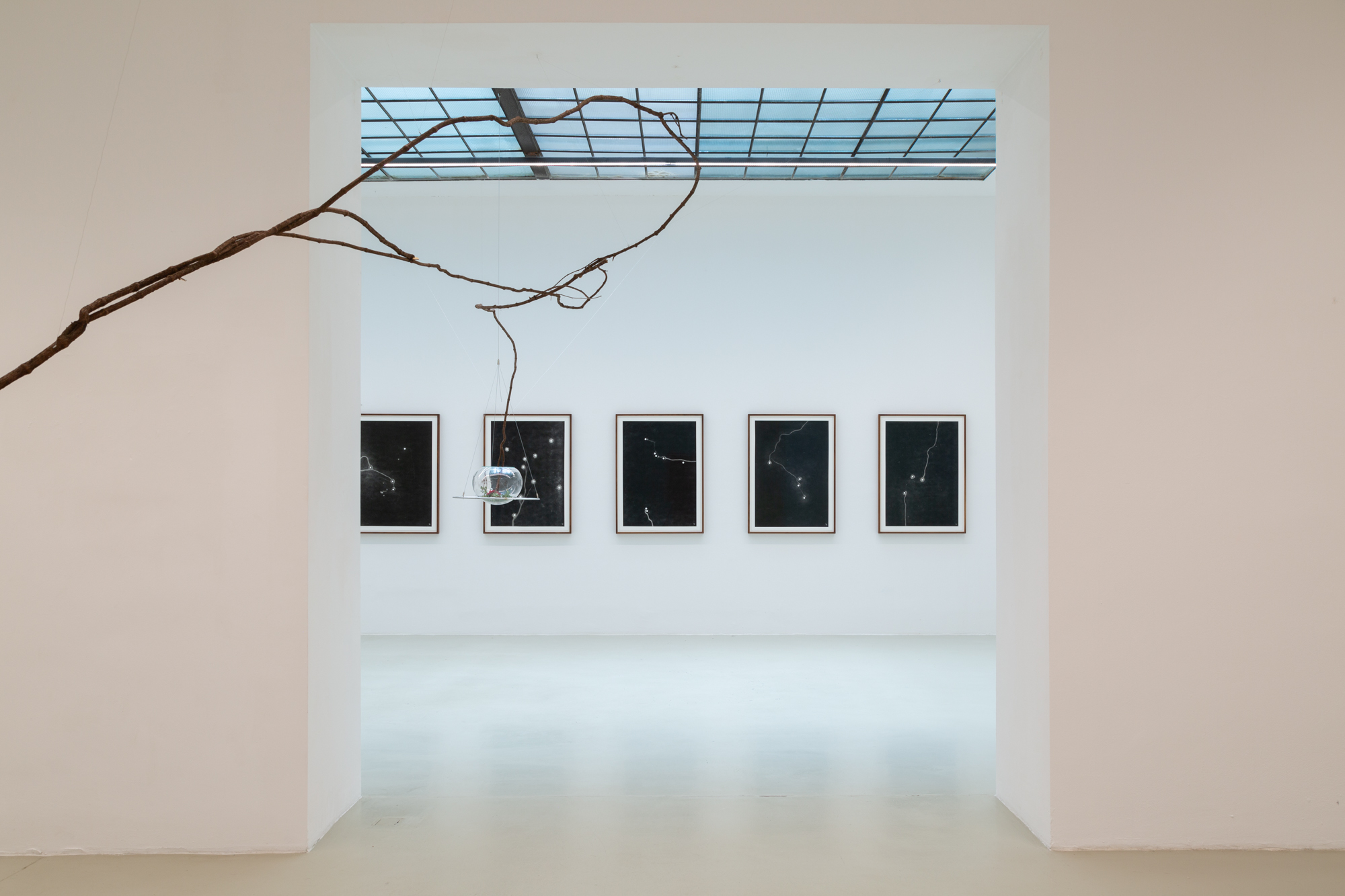 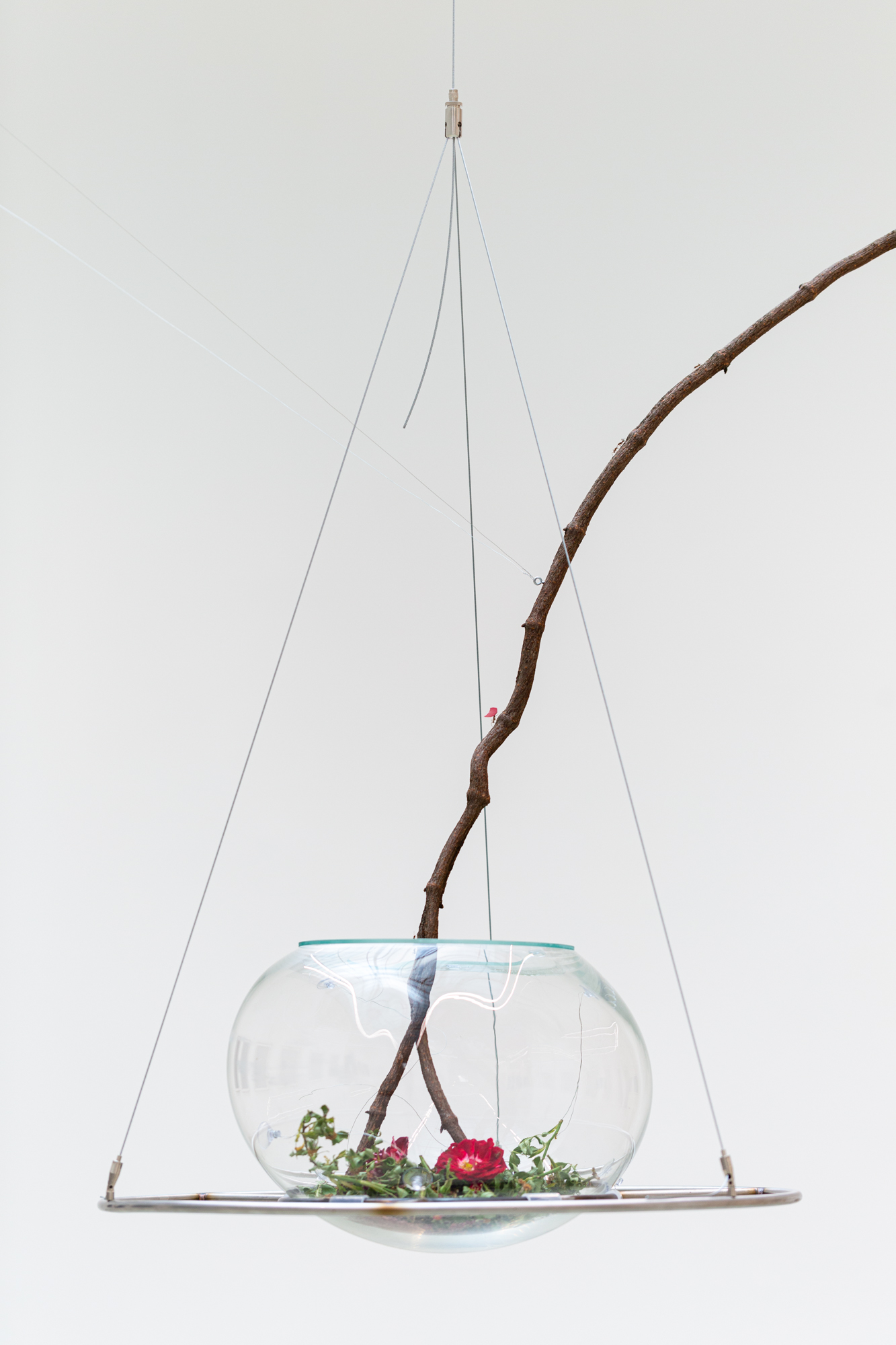 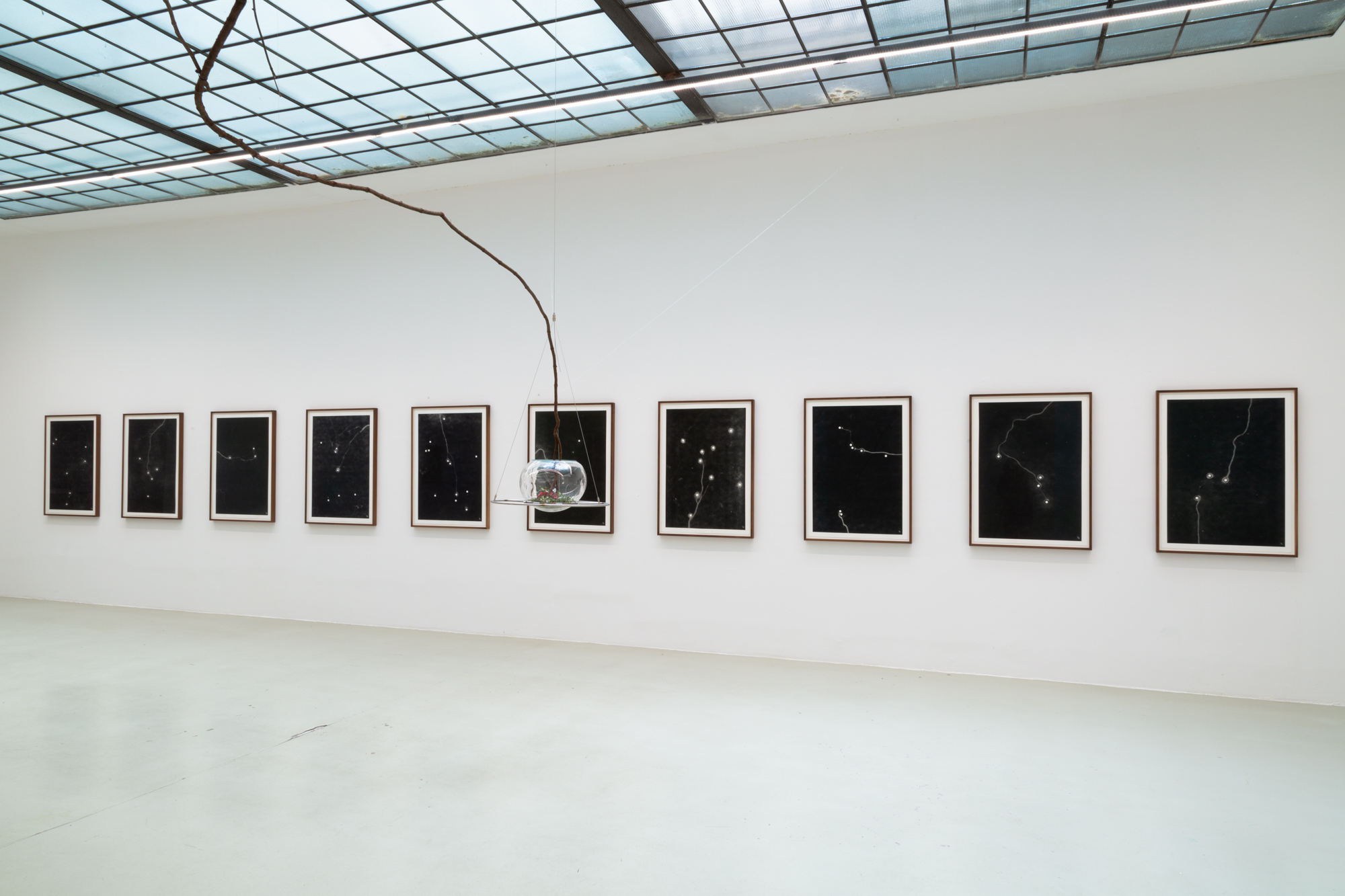 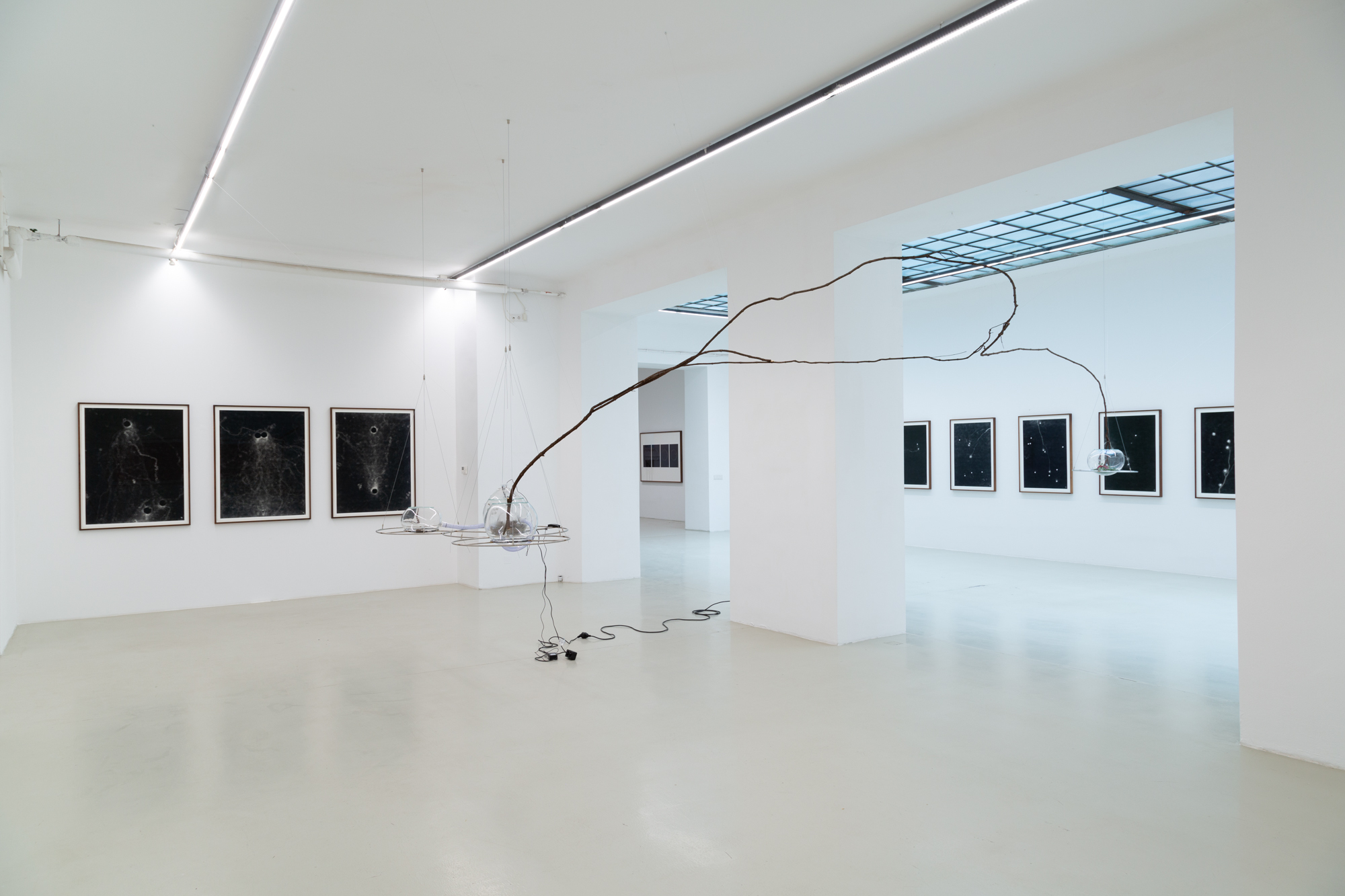 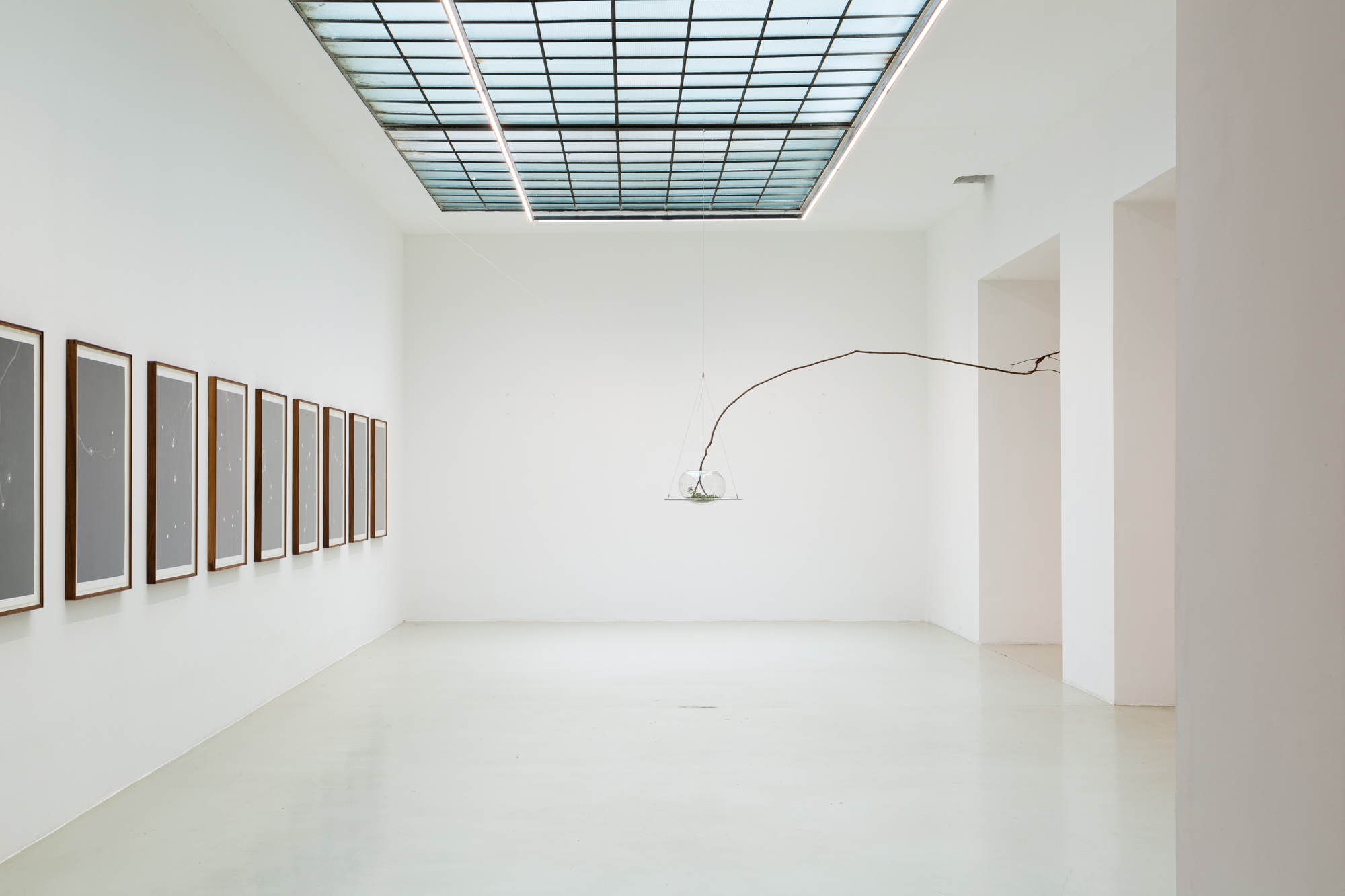 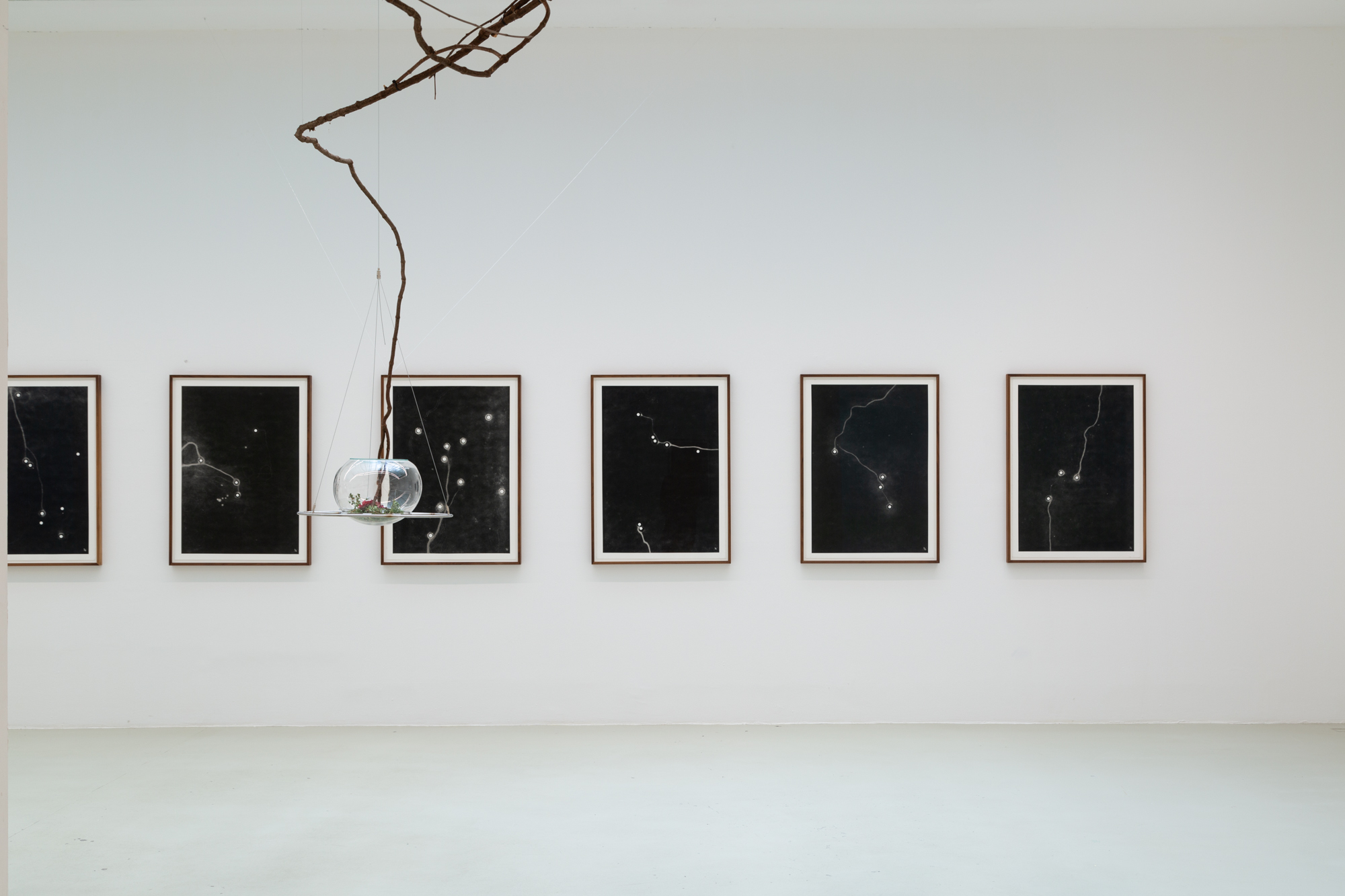 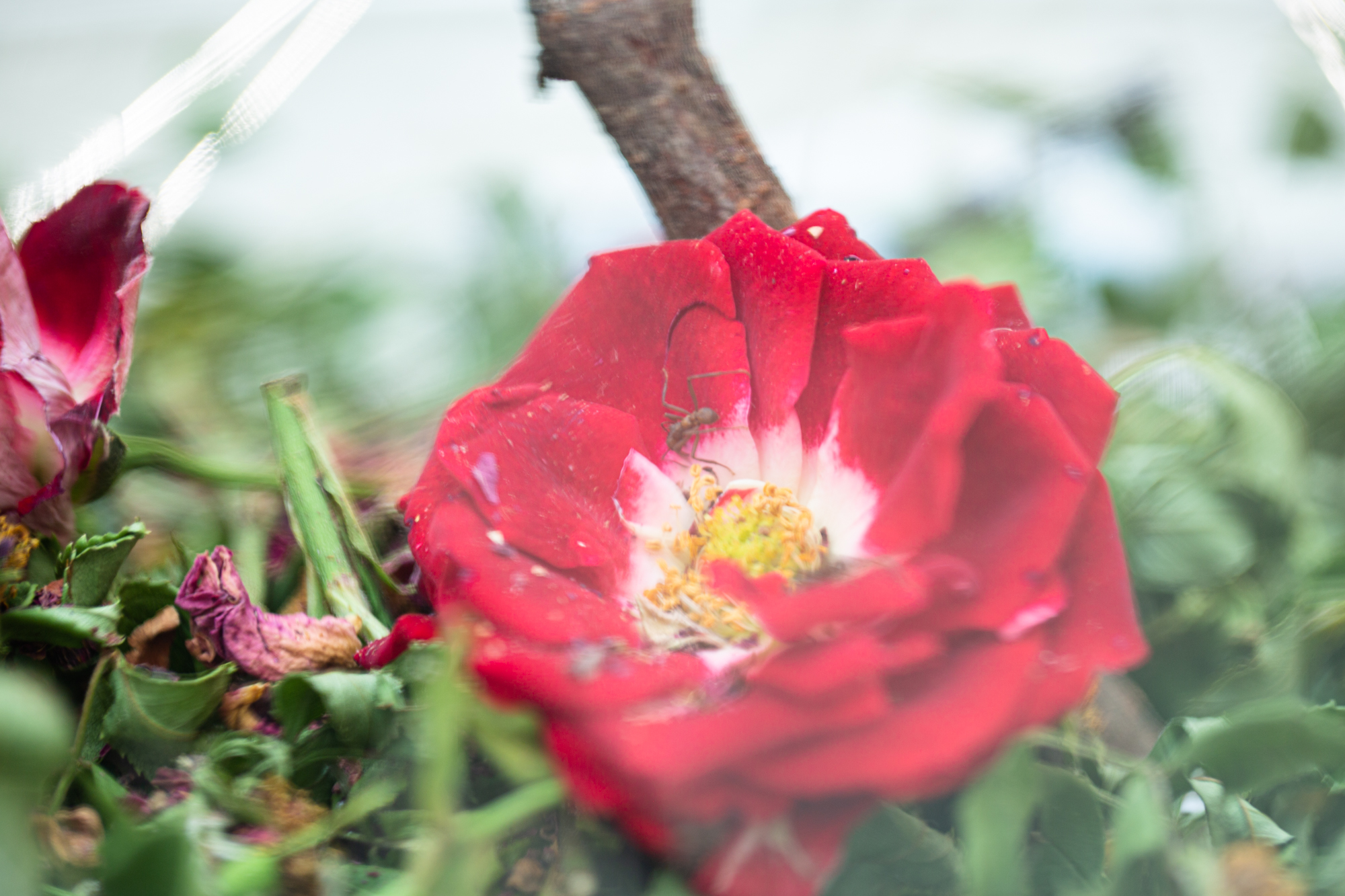 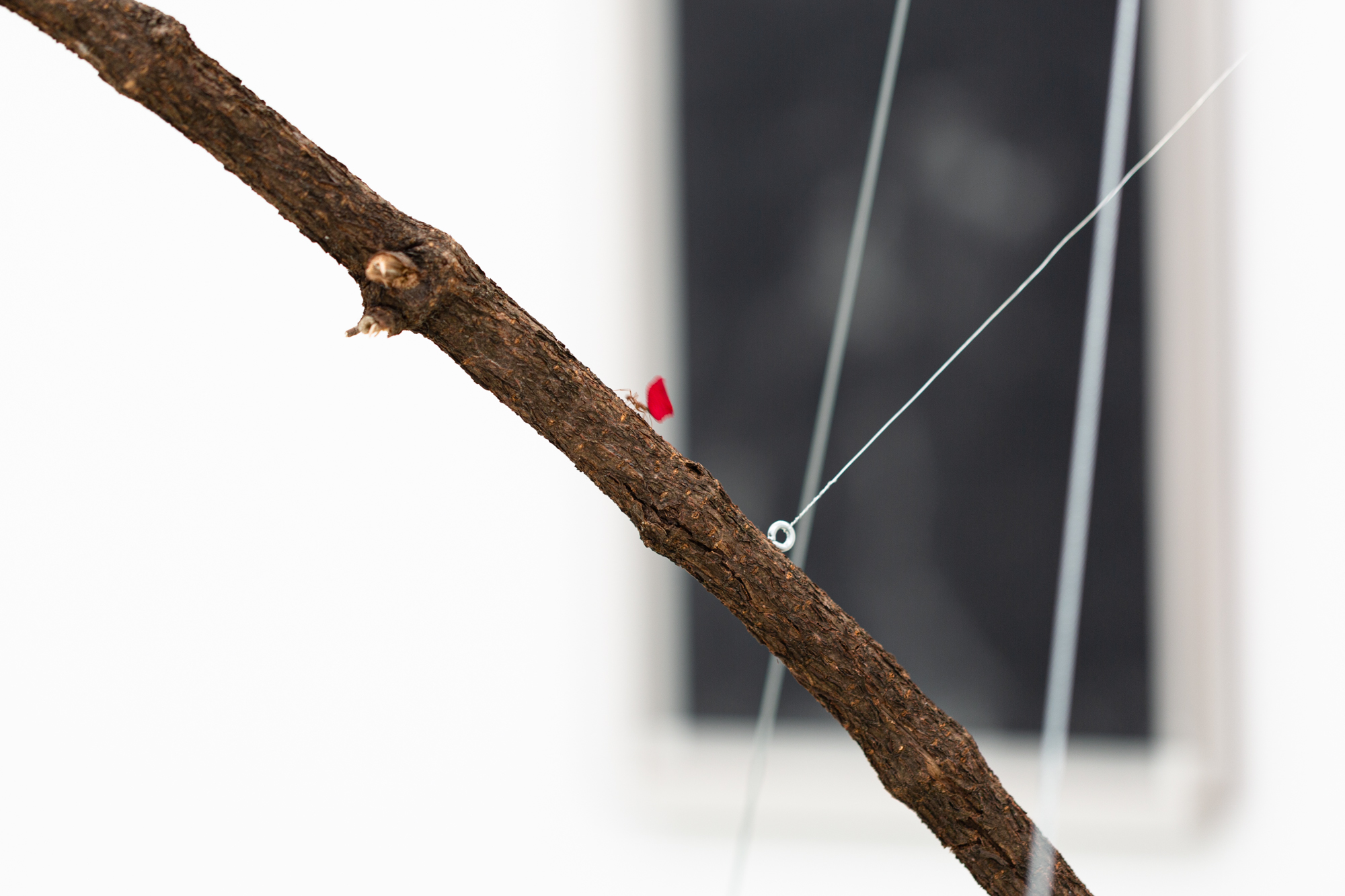 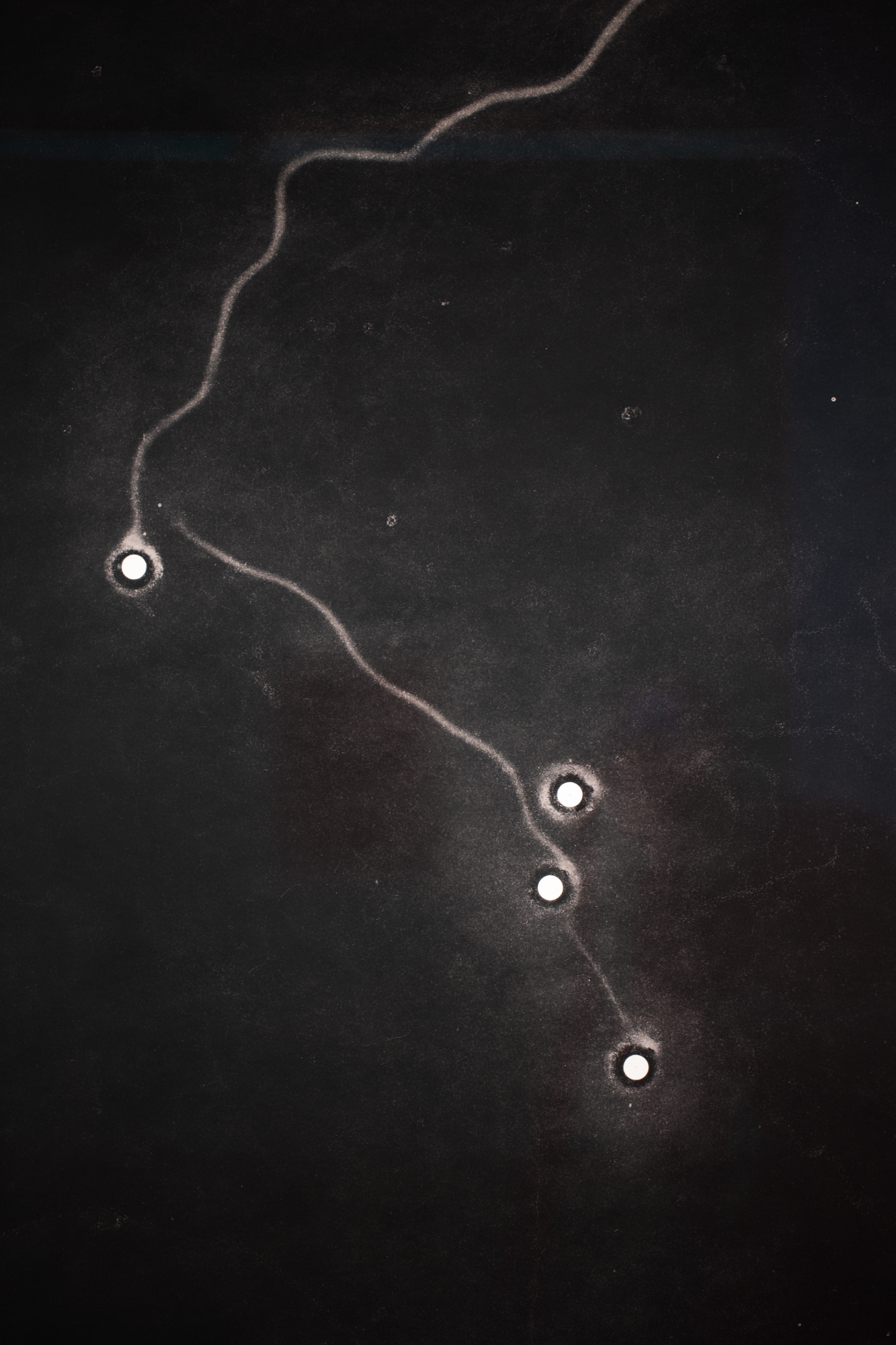 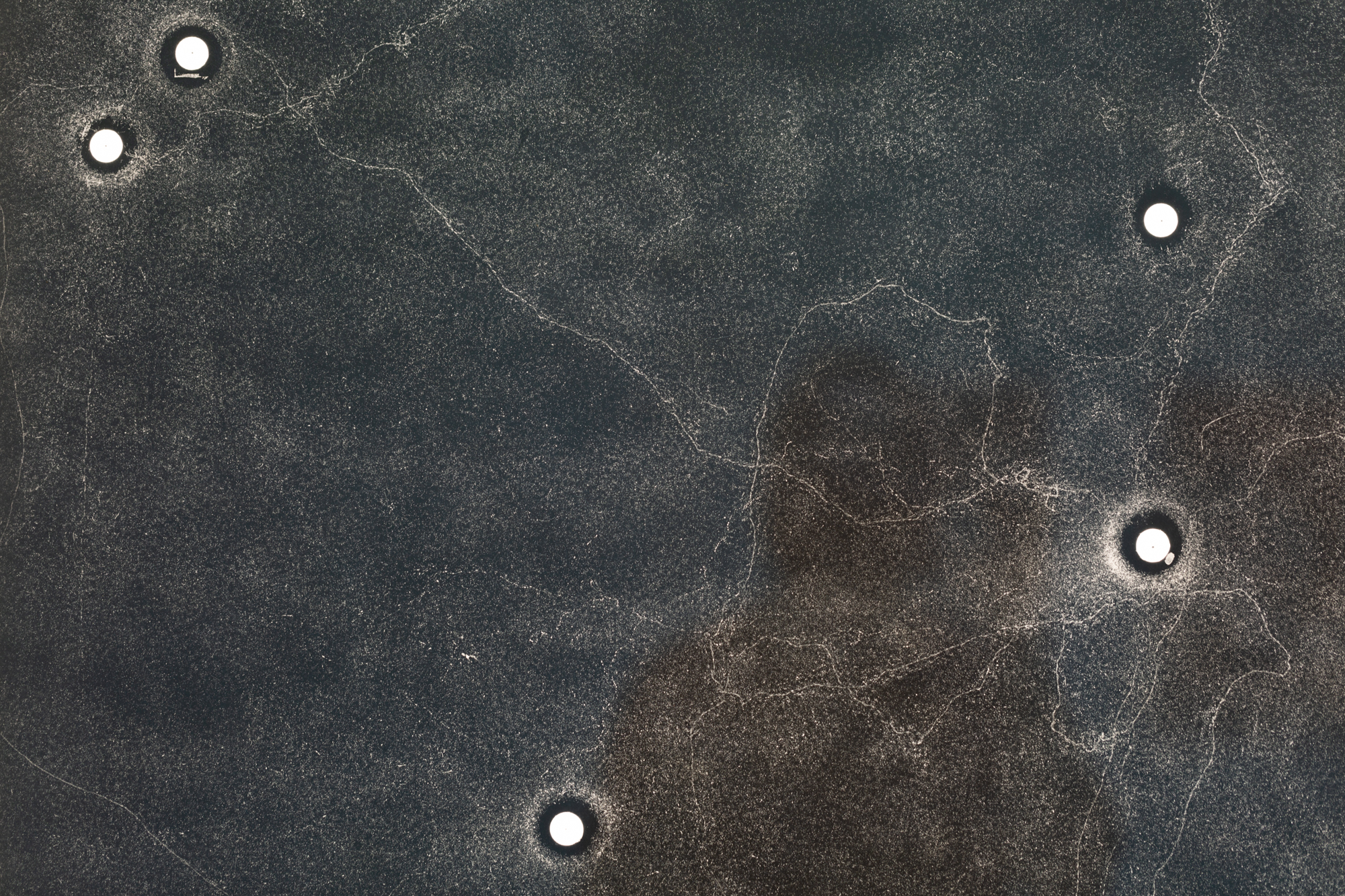 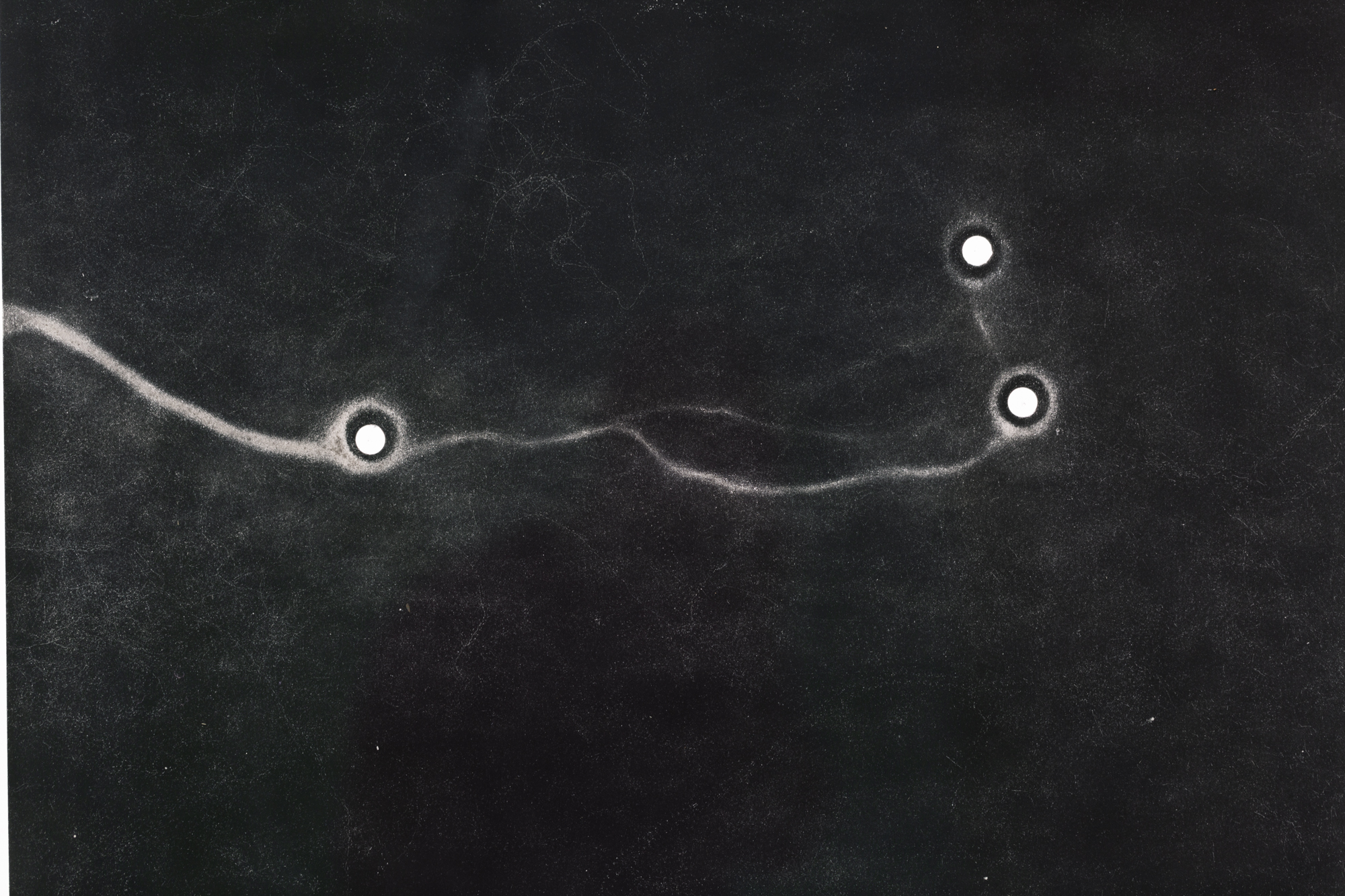 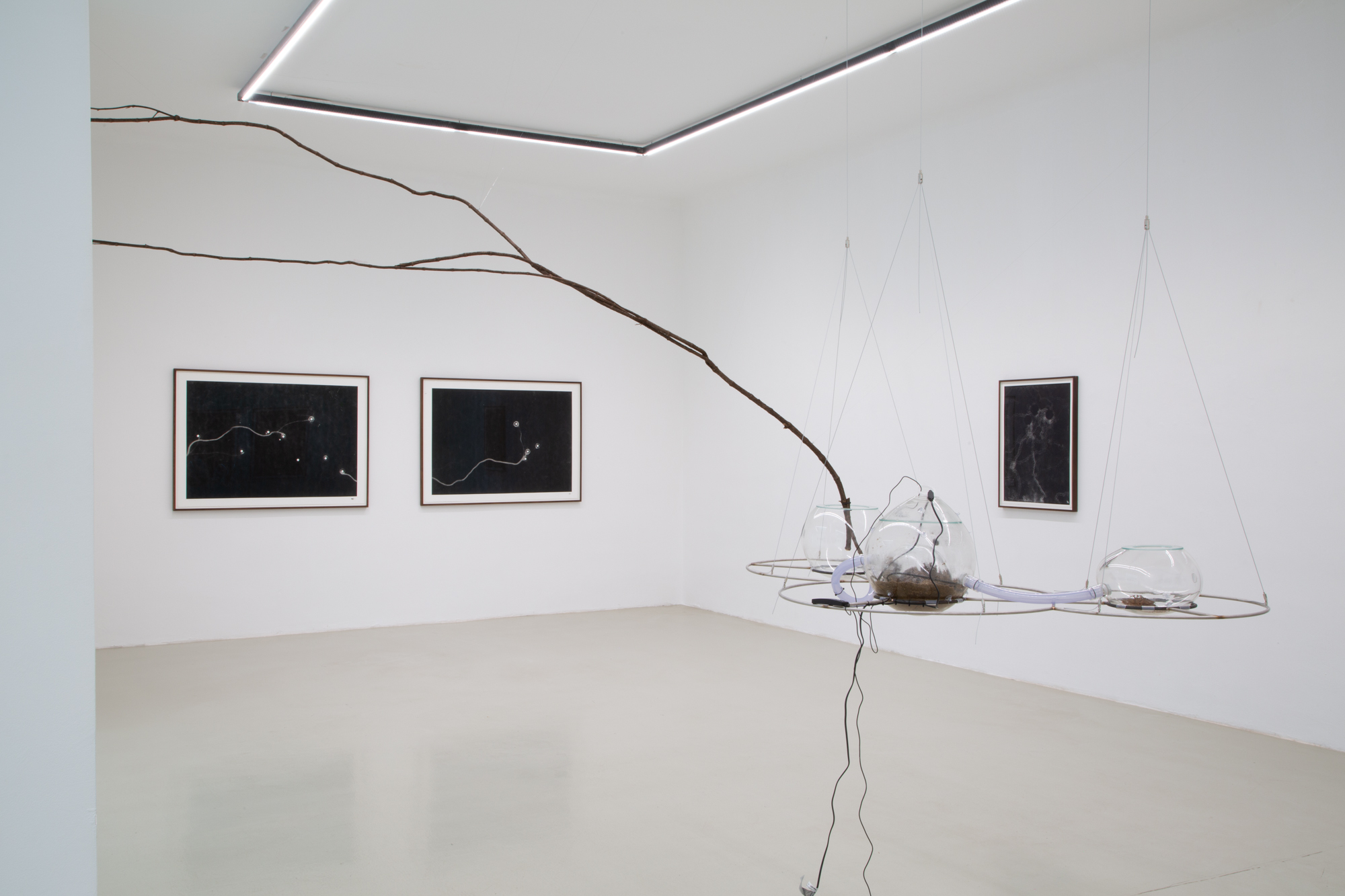 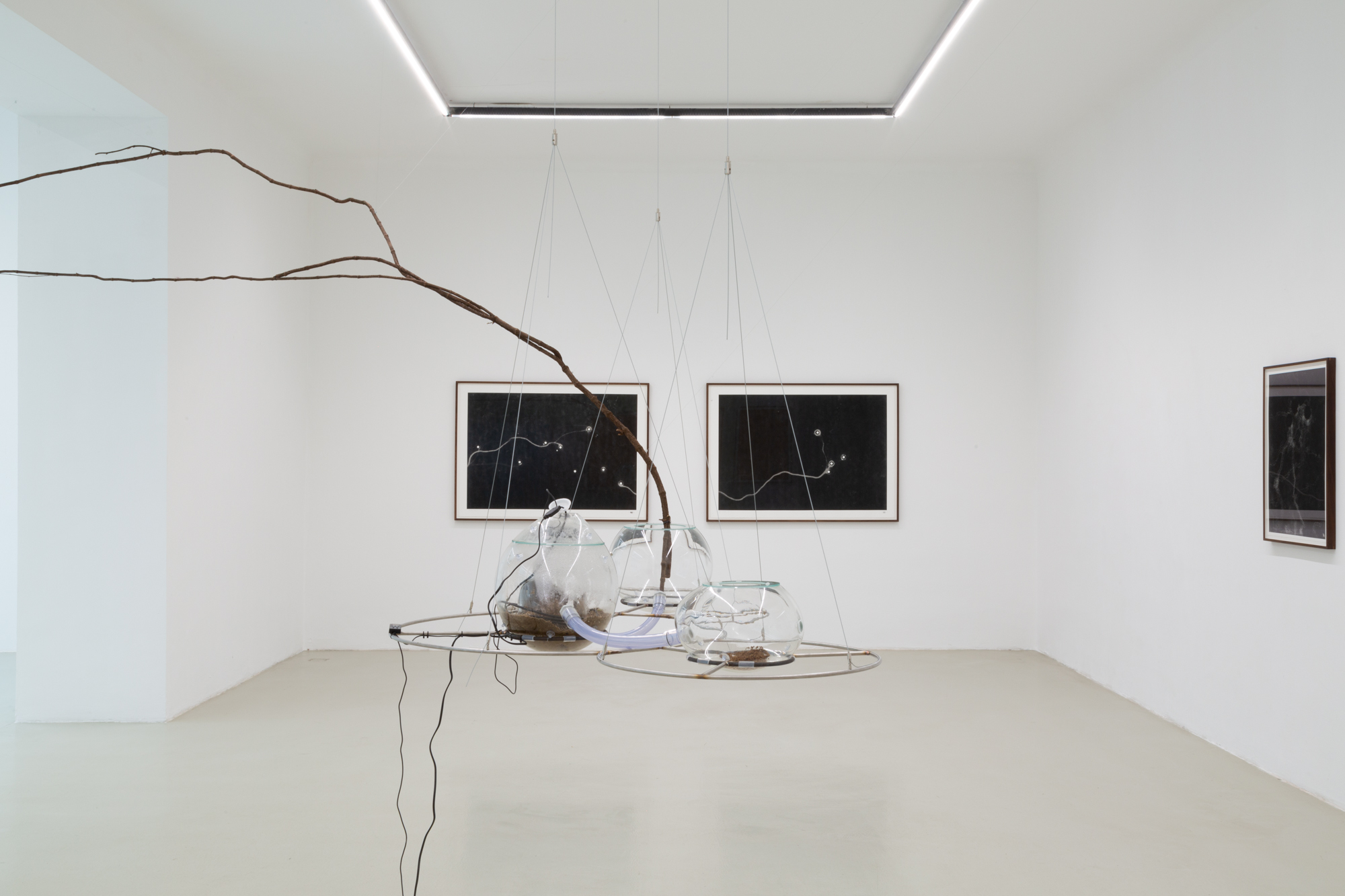 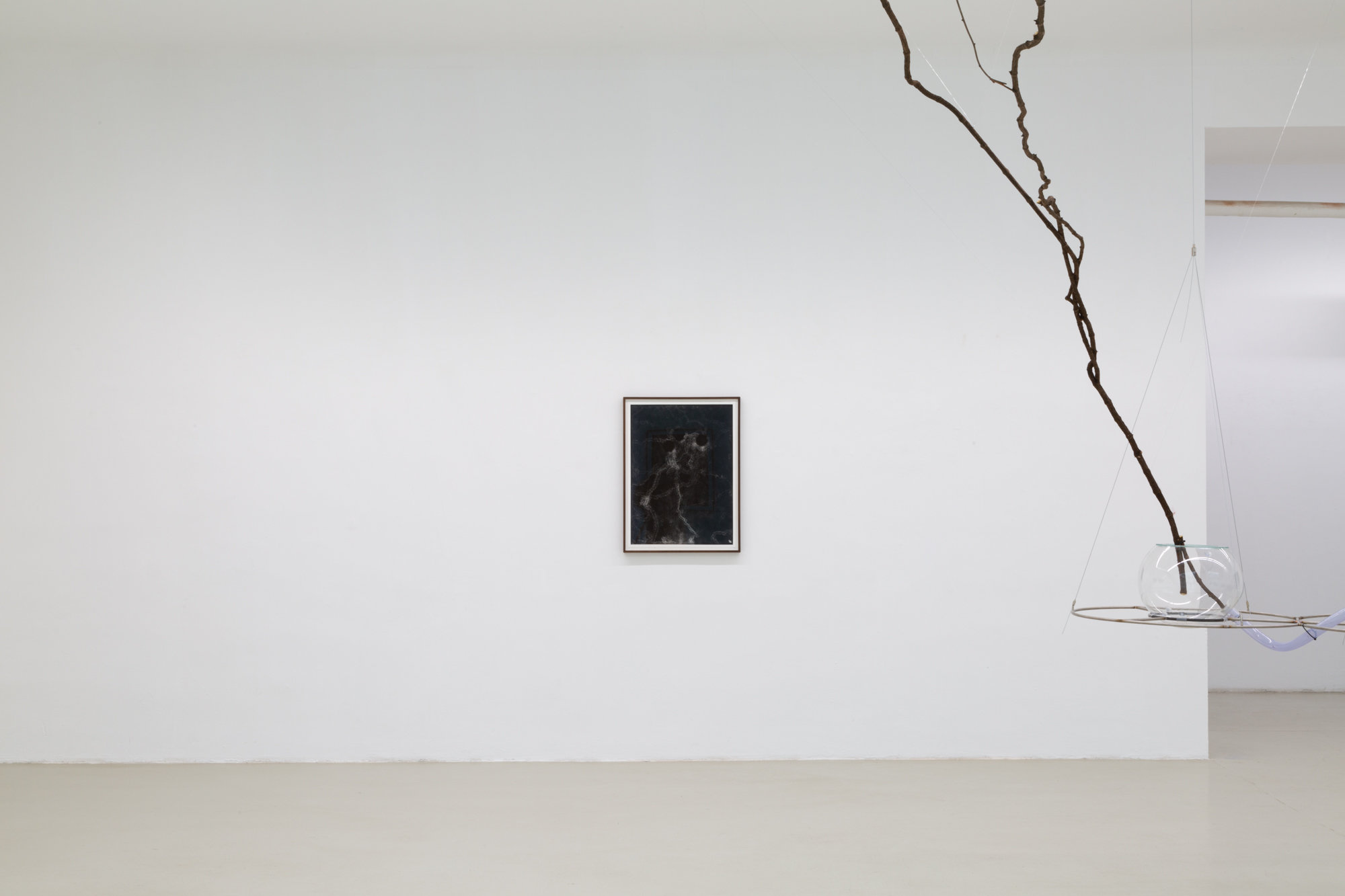 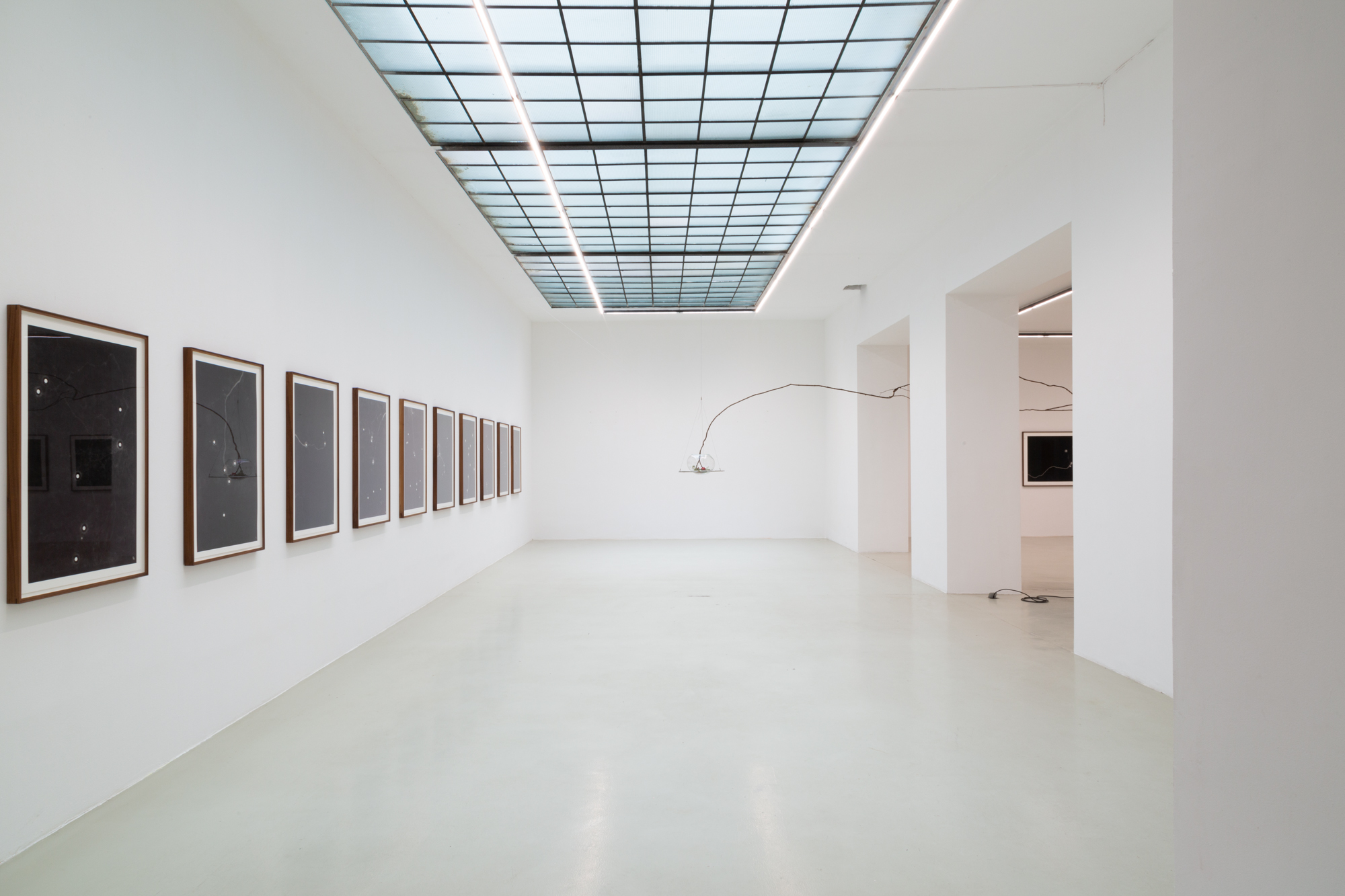 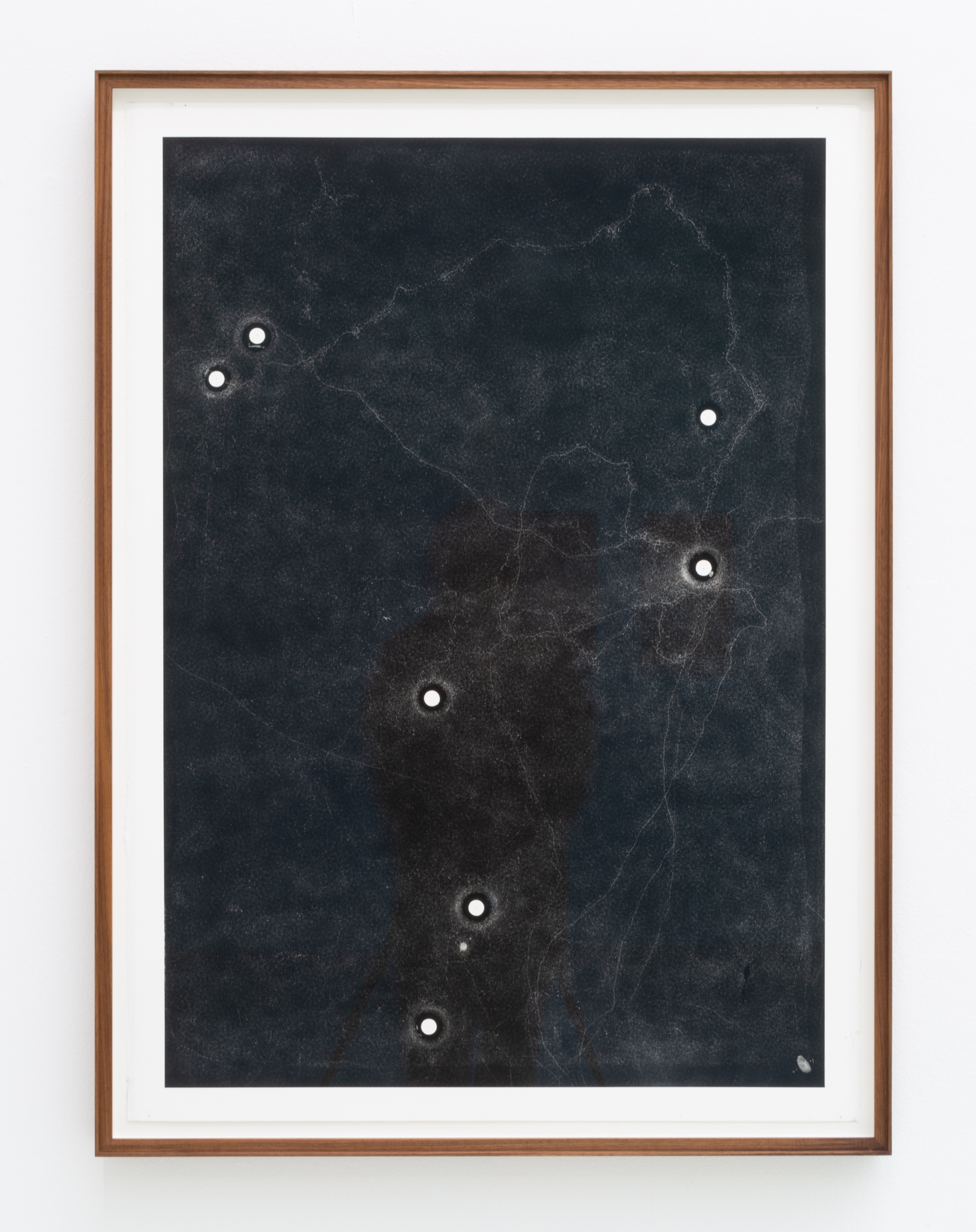 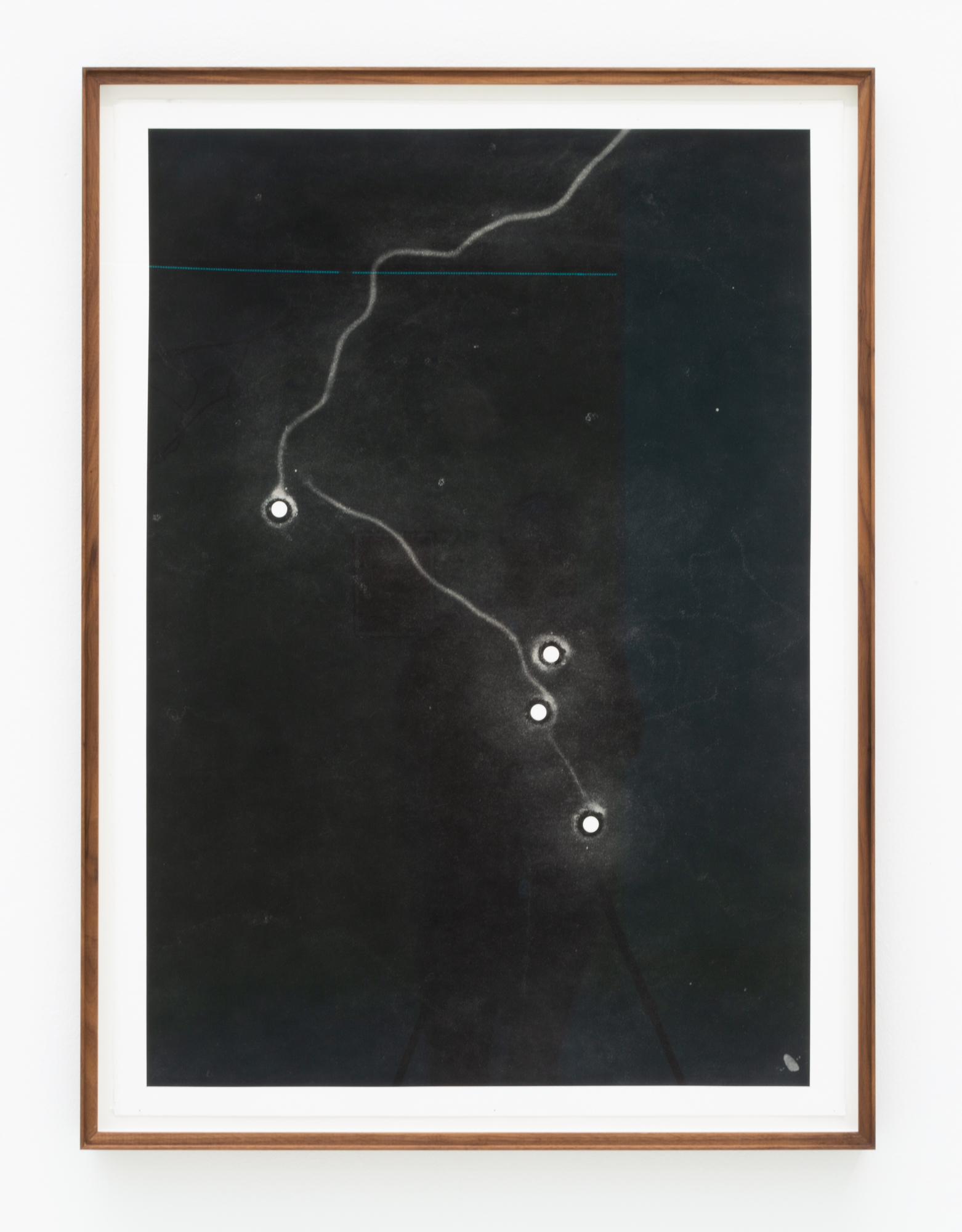 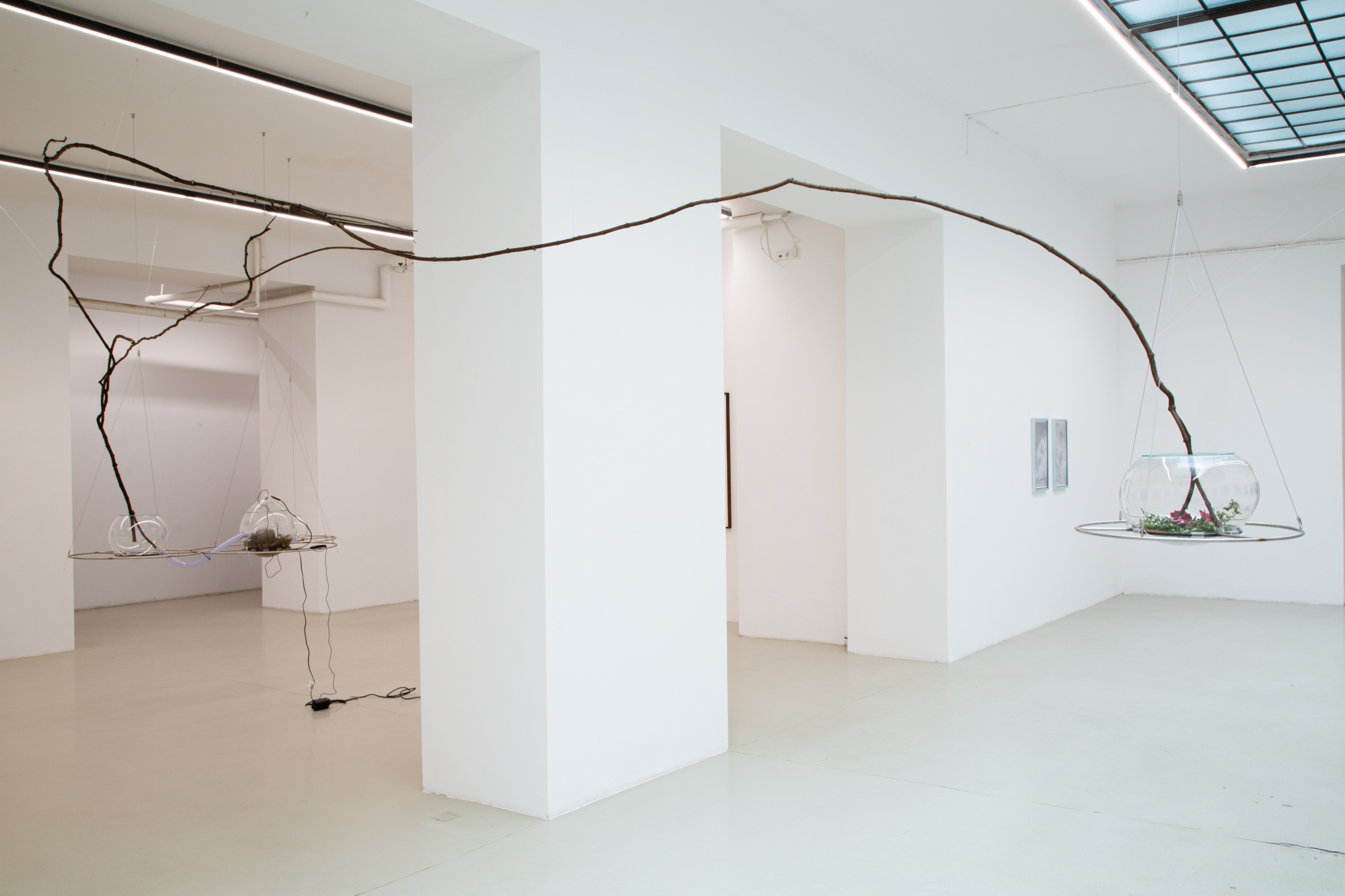 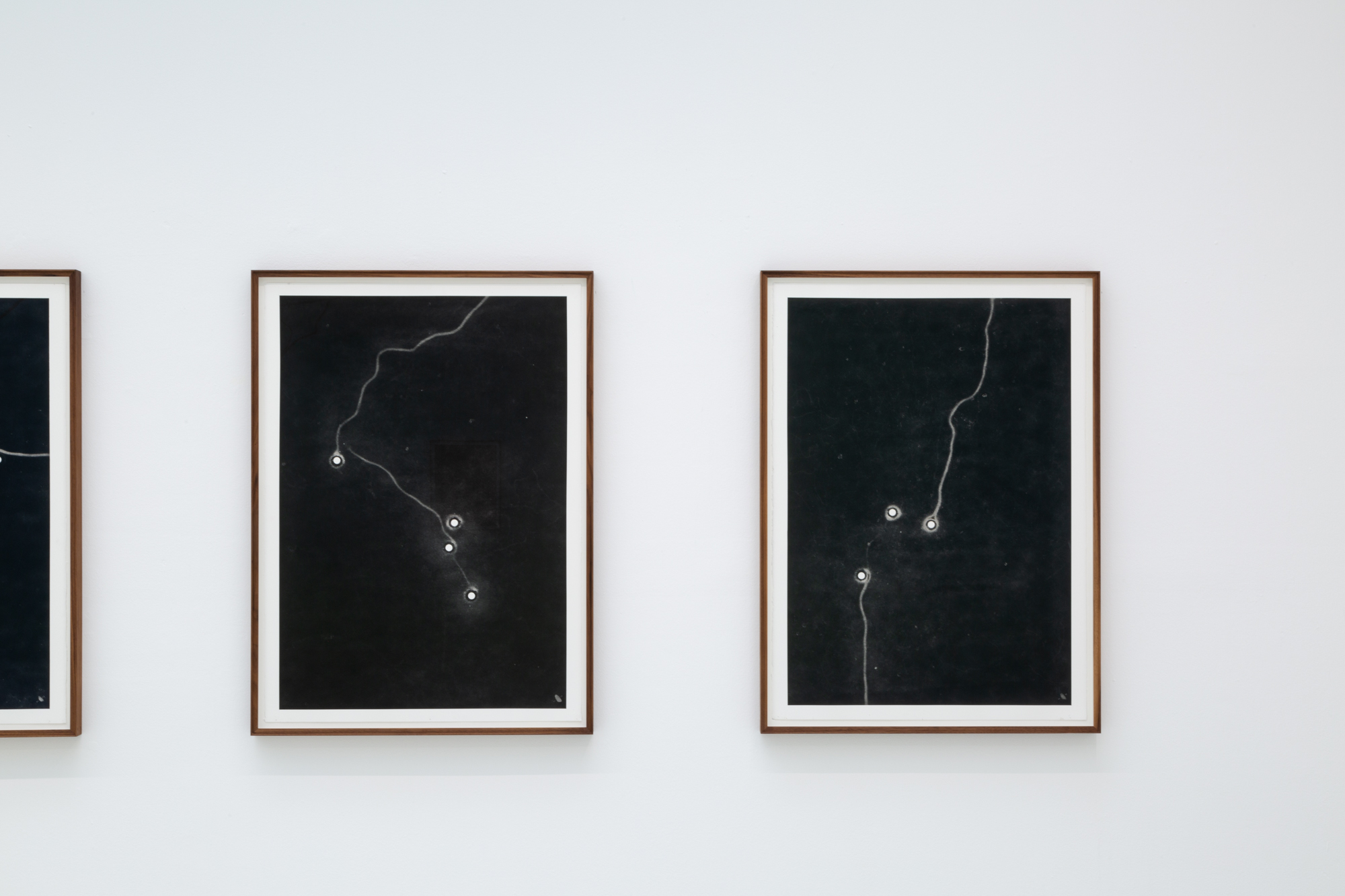 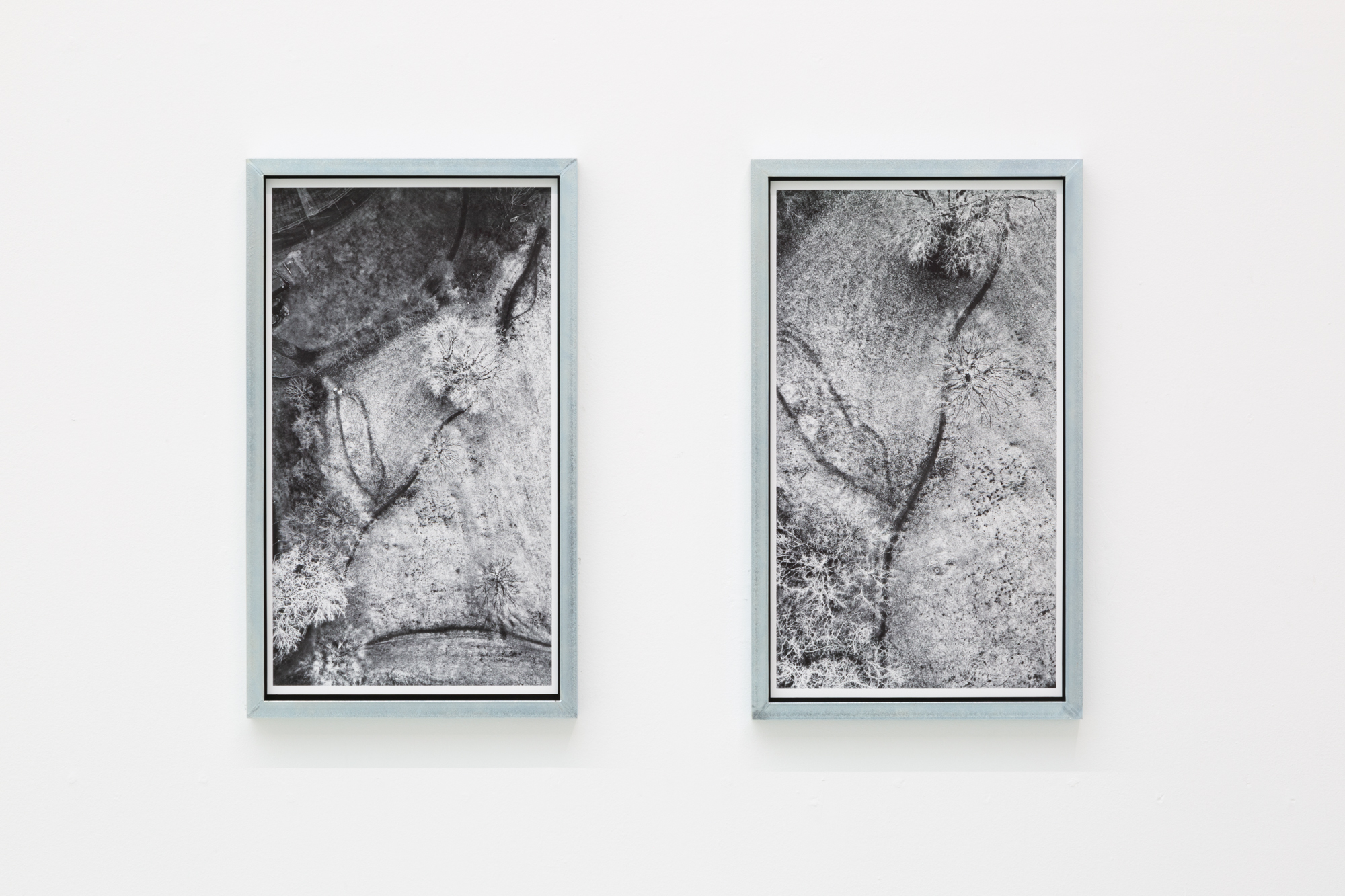 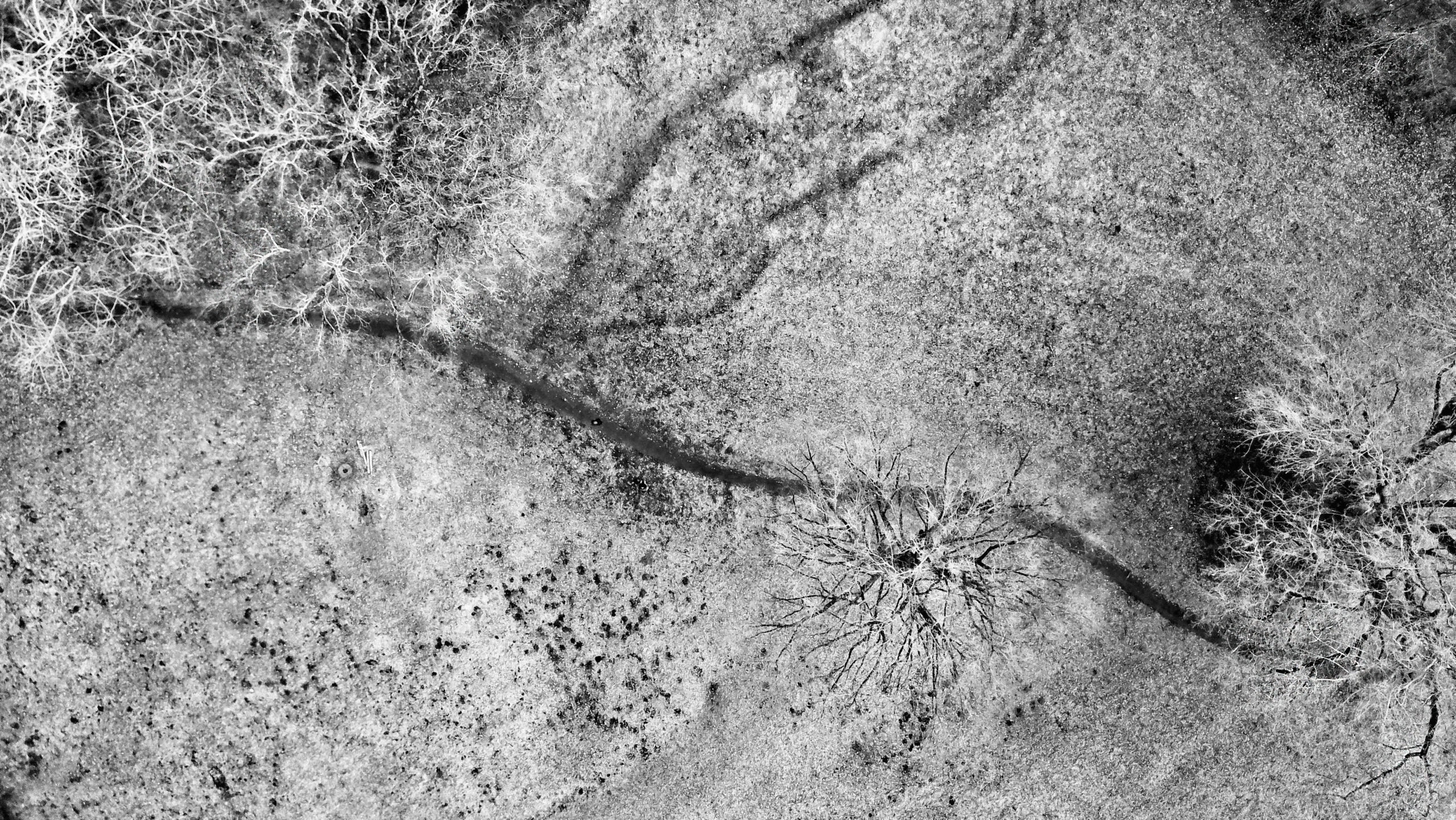 Galerie Kandlhofer is pleased to present Inwelt an exhibition of new works by Maximilian Prüfer. Prüfer’s practice predominantly involves the exploration of natural processes and their transference to the visual image. Within this, Prüfer examines a range of existential, philosophical and political subjects in relation to evolution, humanity’s manipulation of and ultimate interdependence with the natural ecosystem, contravening the human cultural paradigm of separation from natural phenomena. Inwelt focuses directly on the behavioural patterns of ants, their forms of collective intelligence and the relationship with society and human instinct.

The overall concept in the exhibition lies in Prüfer’s interest in collective intelligence and his explorations of the crossover between the behaviour of the ants and that of humans. For Prüfer humans already operate with similar hive intelligence with regards to our social and political patterns for instance. In many biological respects, we are similar in that much of the ants’ behaviour is dictated through hormonal smell as is the case with humans. However, human behaviour extends this to psychology where we as a species maintain a both inherited knowledge and belief systems which ultimately forms what we consider to be truths. Especially within current contemporary polarising political climates it is also clear to see that our attachment to collective thinking and the connection to truths can often be misleading. Through his work Prüfer aims to draw attention to this reality and to encourage both self-awareness of our collective intelligence and as a result foster dialogue concerning societal developments can fracture and intensify this phenomenon.

One of the key areas where Prüfer explores these themes lies in his unique representation technique recording the movements and conduct of insects that he has denominated Naturantypie. Through this methodological process, the very fine coating of the paper is displaced by the movement creating an aesthetic that widens the concept of drawing independent of traditional tools. Within Inwelt, Prüfer has continued this process with a focus on the movement of ants creating harmonized trails as they move across the surface to feed from the honey pots that Prüfer has placed. These honey pots are specifically arranged around the surface to the proportions of the artist, matching the areas of his eyes, shoulder’s, nose etc. so that the markings left by the ants resemble a human nerve system. The paper is then placed outside and the ants are left upon the surface for up to a month to leave the markings and reveal the amalgamation of their activity, which at first starts erratically and increasingly forms cohesive and communal patterns based on the insects’ survival instincts organising their supply of food.

However, the specific patterns that are left behind are also heavily dependent on the weather, with temperature and sunlight having significant effects upon their behaviour. In conjunction with this, the instinctual process is simultaneously manipulated by the artist by way of the very fact that the insects are extracted from their natural environment and the incorporation of the honey stimulus. Thus, the process itself negates the concept of natural unconscious decision making through external circumstances, in this case weather and human intervention. At the same time, the works encapsulate an evolutionary process which continues and adapts. For Prüfer, this visual representation of evolutionary adaptation encapsulates the ontological vulnerabilities and tenacity of life, visualising the unconscious behaviour of people through their animal counterparts.

Furthermore, much historical scientific belief on the behaviour of ants has suggested that the ants will find the shortest and most economical route to the food. However, in actuality based off the average paths they become entrenched in a habitual route that may or may not be the most economical but that has been formed by the group. This factor is also existent in human behaviour. In this regard, alongside the Naturantypie works Prüfer is also exhibiting images of woodland paths created by humans including his diptych Self Portrait as we follow the trail laid out by those before us with the path becoming ever more entrenched. Across and hanging from the ceiling of the exhibition is Prüfer’s installation work entitled ‘Ants on Body Scale’, consisting of three glass spheres through which live ants will create their nest and sustainable ecosystem allowing the viewer to witness in real time their communal actions and behaviour.

Alongside these works, within Inwelt, Prüfer will exhibit a participatory work entitled ‘How much sand?’. The work is devised to explore collective intelligence through the human perspective by exploring the mathematical and sociological theory of the wisdom of the crowd. Aristotle is credited as the first academic to explore this notion in Politics writing:

“It is possible that the many, though not individually good men, yet when they come together may be better, not individually but collectively, than those who are so…“.
Later scientific research by statisticians would go on to analyse the phenomena that the calculation of the average among weight or volume guessing contests would be the most accurate to the actual amount compared to the estimates of individuals including experts in the corresponding fields. In order to explore this concept Prüfer devised a participatory experiment in which viewers are invited to propose an estimate for the number of grains of sand in a jar exhibited within the exhibition. Participants will be directed to an online website which will amalgamate the data from which Prüfer will then calculate the average and manually count the grains of sand.

This website uses cookies to improve your experience while you navigate through the website. Out of these cookies, the cookies that are categorized as necessary are stored on your browser as they are essential for the working of basic functionalities of the website. We also use third-party cookies that help us analyze and understand how you use this website. These cookies will be stored in your browser only with your consent. You also have the option to opt-out of these cookies. But opting out of some of these cookies may have an effect on your browsing experience.
Necessary immer aktiv
Necessary cookies are absolutely essential for the website to function properly. This category only includes cookies that ensures basic functionalities and security features of the website. These cookies do not store any personal information.
Non-necessary
Any cookies that may not be particularly necessary for the website to function and is used specifically to collect user personal data via analytics, ads, other embedded contents are termed as non-necessary cookies. It is mandatory to procure user consent prior to running these cookies on your website.
SPEICHERN & AKZEPTIEREN